How to Make VR Video: The Complete Guide

How to make VR video

The process of making a VR video is not dramatically different from that of making a regular, two-dimensional video. Essentially, instead of shooting in one single direction, you will be shooting in all directions, capturing a complete 360-degree angle of the scene.

The process of making a VR video can be split into three parts: planning, or pre-production, shooting, or production, and editing, or post-production.

Pre-production is the phase in which you will plan in detail which shots you want to capture and prepare the kit you’ll need. Think carefully about the story you want to tell. VR videos lend themselves well to stories which happen in a circular motion around the viewer, rather than just one specific point. You’ll want to film something which encourages the viewer to look around, like a dramatic view or a detailed crowd scene with lots going on. The main thing to remember is that the viewer isn’t just watching the video, they’re experiencing it. So there needs to be something unique about your video to draw the audience in.

Production is the phase of actually filming the video. You’ll need to go out with a 360 camera and actually shoot the scene. Remember that a 360 camera captures everything, including you, so you’ll need to either be fine with that or make considerations for stepping out of the camera’s view when you have pressed record.

Finally, you’ll have to edit the shots together. Many modern 360 cameras automatically stitch multiple shots together to make one VR experience, but you may have to do this in editing software like VideoStudio depending on the make.

As far as equipment goes, you’ll need very little to make a VR video. The main thing to consider is a 360 camera. There are several types, and the one you choose will depend very much on your budget, and what you intend to use it for.

Most modern 360 cameras are small enough to pack lightly in your bag or even your pocket, so it’s always available. The Insta 360 One X is an incredible camera that utilizes slow-mo and automatically masks out the stick it’s attached to, to make beautifully seamless VR experiences.

The GoPro Fusion takes all the rugged adventure sports design of the GoPro and packages it together into a VR camera. Imagine filming yourself skydiving or bungee jumping in VR.

The Ricoh Theta V fits neatly in your pocket and records 360-degree spatial audio for a truly immersive VR experience. 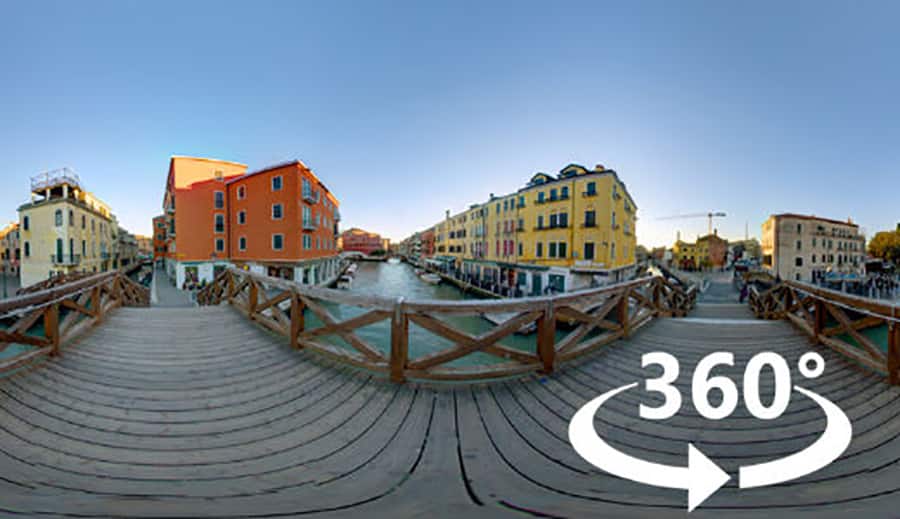 Take some time to do your research and make sure you are getting the right camera for the job. Once you have shot your video, you will need some editing software like VideoStudio to edit it together and create the final export of your finished VR video.

And then, of course, you’ll need a VR headset like an Oculus Rift, HTC Vive or Google Cardboard to view your finished VR video.

Can I turn any video into a VR video?

It’s possible to convert a standard video into a VR video so that you can view it in a VR headset. Although it’s not recommended as it won’t be as immersive as shooting a VR video with a specialist VR camera, there are some video processing software packages out there that will let you add the footage and convert it into a VR format which can be viewed as a 360-degree video.