The Complete Guide to What Stop Motion is

What is stop motion animation

Stop motion animation is a style of animation that uses real-life sets and models rather than 2D or 3D designs. You’ll recognize stop motion animation from major movies like The Boxtrolls, Kubo and the Two Strings and Shaun the Sheep. The characters are puppets - often sculpted from clay - which are animated to move around a scale model of a set and voiced in a similar way to hand-drawn animation.

It’s a timeless style that is just as effective today as it was fifty years ago when stop motion animation brought monsters to life in old movies. There’s something magical about seeing real, physical objects moving and walking and talking, and it doesn’t age as badly as some of the 3D animations from the last couple of decades.

But it doesn’t have to be limited to just feature films. Stop motion animation works for commercials and short films, too. Many famous ads from throughout the years have featured iconic stop motion designs. And the beauty of stop motion animation is that it can bring to life any inanimate object, not just characters. It’s a highly adaptable style.

How does stop motion work?

To understand stop motion, you need to remember that film - moving images - is made up of lots of single images. Most films run at 24 frames per second, which means that one second of film is made of 24 single images in a row.

In stop motion animation, the process involves moving a character a tiny bit, taking a photo, then moving it again a tiny bit, and taking another photo, and so on until you have the character moving an entire sequence and hundreds of photos captured.

The photos are stitched together in stop motion software and, when played back as a video, give the impression of continuous movement. 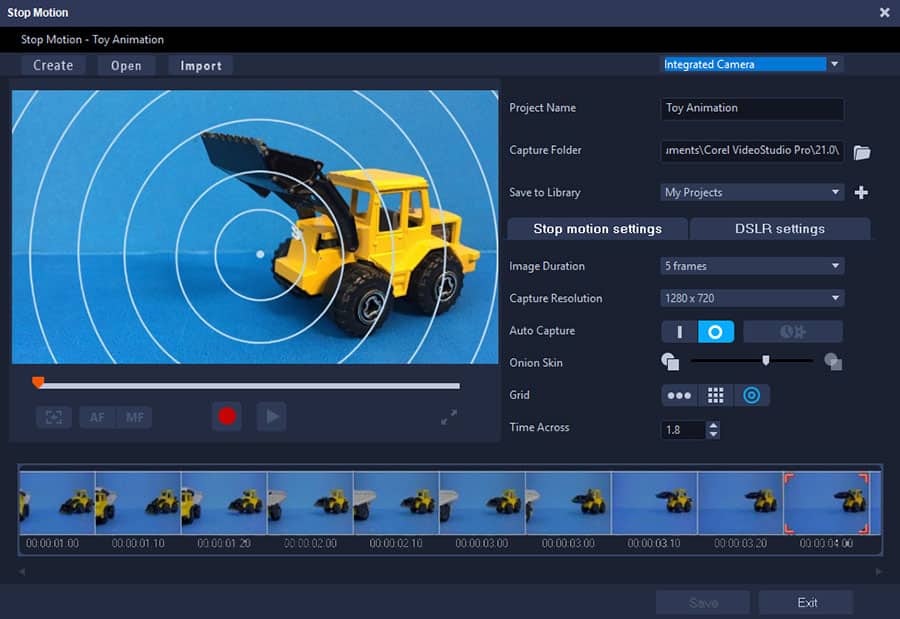 The principle behind stop motion video is simple enough. There are a few little tips and tricks, but making a basic stop motion video is very easy. The main challenge is the time it takes. To create smooth, seamless stop motion is a painstaking process, and not a whole lot of fun for impatient people! But for those who are willing to spend the time and focus on making minuscule adjustments over a long period of time, the results can be incredible.

A huge advantage of stop motion video is that anyone can make one. You don’t need to be a master builder or designer to create beautiful sets and models. You can apply stop motion animation techniques to any kind of inanimate object, from clothes and bags to pebbles and toys. If you have a story you want to tell, and a camera to take some photos with, you can make a stop motion video.