What is stop motion animation?

Stop motion animation is a really creative and engaging way to make videos. You might recognize the style of animation from movies like The Boxtrolls, Kubo and the Two Strings, and Shaun the Sheep. Essentially stop motion animation uses real-life models and puppets and animates them in a way that brings them to life seamlessly. The art of stop motion animation has been around for a long time, and you might remember those old monster movies from the fifties that used animated clay creatures.

That was stop motion. It’s a lot of fun but you don’t need millions of dollars to make something great. With a few basic bits of equipment, you can make stop motion animation with anything you find around the house.

How to make a stop motion video

The basics of stop motion animation are very simple. Instead of using a video camera to create a continuous film, you use a stills camera to capture one image at a time. Each time you take a photo, you move an object very slightly into a new position. After a while, you can string all of the images together and create the impression of seamless movement.

You can do this with characters, objects, food, candy - anything that’s inanimate can be made to move using stop motion animation. It’s a timeless style that works as well today as it did decades ago, whether you are creating a short film for fun or a feature-length movie to release in cinemas.

If you’re making a stop motion video you don’t need a lot of tools, either. All you need is something to animate, a camera, and some stop motion video editing software. The camera doesn’t need to be a top of the range device. Something basic like the camera on your phone will do a good enough job to start with. As long as it takes photos, you can create a stop motion video. 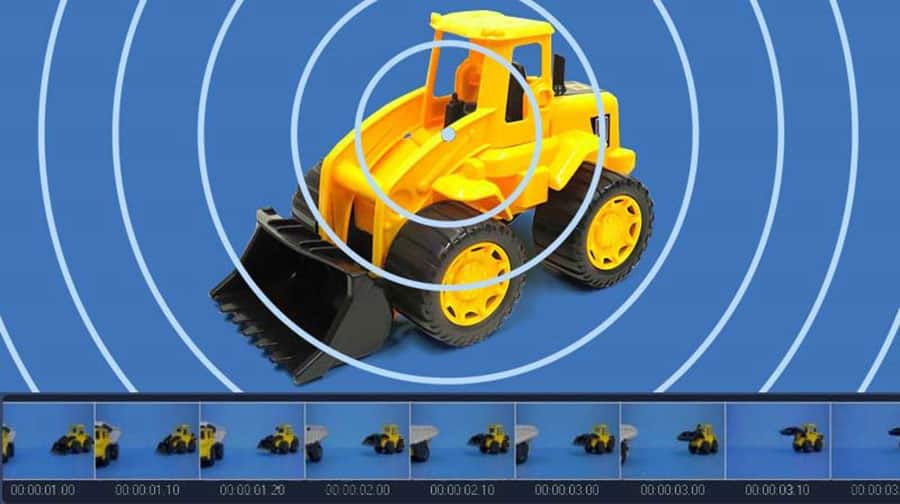 Using software like VideoStudio with built-in stop motion animation tools lets you edit the video as you make it. Once you have all the images you need you can add effects and titles to finish it off.

The beauty of stop motion is that anything can be animated. If you want to tell a specific story, try finding some characters to animate. You can work with a designer to create some models, build them yourself, or find some online. Try creating a miniature set to film in, too.

If you want to keep things basic, then using toys and LEGO Minifigures is a great way to practice stop motion animation with simple, pre-existing characters and worlds. Instantly recognizable and a lot of fun to customize and move, spending some time animating these will give really rewarding results.

Or why not strip things back even more and animate household objects? Things like food and candy found in your cupboards can be animated moving around in patterns, or bags can be opened and closed, clothes can fold themselves up - you can have a lot of fun inventing stories and being creative with mundane items.

Don’t get too hung up on the kind of camera you use for your stop motion video. The only thing you need to focus on is using a stills camera, which takes individual photos, and not a video camera. Other than that your choice can really depend on what’s available in your budget. If you can afford something high-end like a Canon 5D, go for it. If you can only stretch to using the camera on your phone, that’s no problem. The story is more important and an audience will appreciate a great story told with a poor camera than a poor story told with an expensive camera.

Keep your camera on a tripod and try not to touch it throughout the sequence. If you move the camera the final result will see the shot moving and bumping around, and you need to keep it as steady and still as possible. Plug it into your computer and control it with stop motion software to create the best results.

Stop motion software is the computer software you’ll need to tie everything together and create an export of your final film. It’s best to edit a stop motion video at the same time as shooting it by connecting the camera to the computer, so you can carefully review every shot before it is created. Stitch all of the images together as a single video, and add music, titles, and effects within the software.

Once you are happy with the final video you can export the film into a single video file and then upload it to your video platform of choice. Facebook, YouTube, Instagram - wherever you like.