Color Grading with the Tone Curve

Adjust the brightness of highlights, midtones and shadows

The tone curve is a popular color grading tool that allows you to control the brightness or intensity of the highlights, midtones and shadows in your video. The tone curve can be used to easily apply color grading adjustments to all the colors in your clip simultaneously, or to the red, green and blue levels in your video individually. Making targeted changes to each color independently will allow you to achieve more customized, subtle and artistic visual effects.

The tone curve works as an interactive graph. The vertical axis displays how bright a tone is, getting brighter as the point moves upward. The horizontal axis represents all tones in your image, getting brighter as the point moves to the right. This means that the point you click on the tone curve determines which highlight, mindtone or shadow you want to adjust, and the direction you drag that point determines if that tone is made brighter or darker. 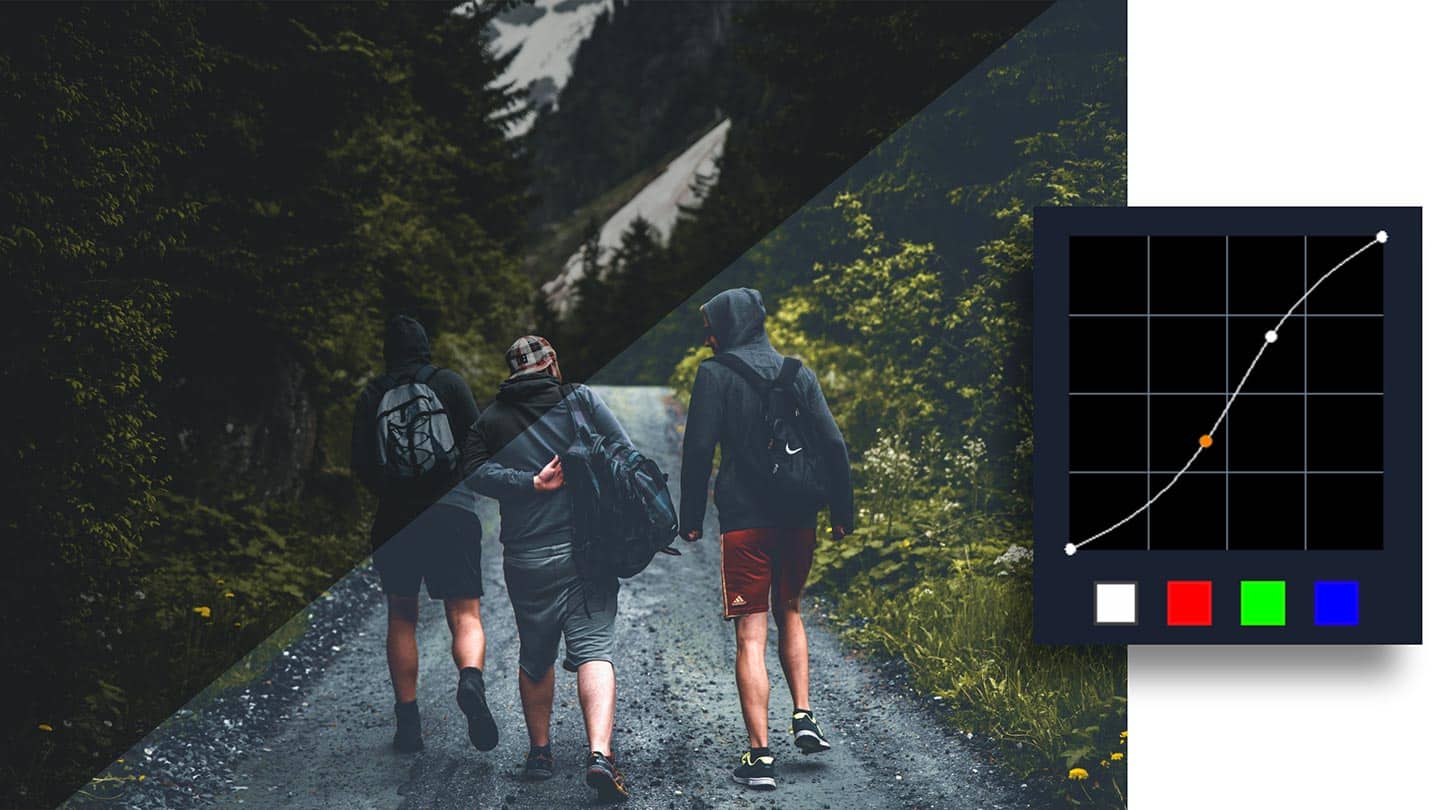