Need to Open a MXF File? 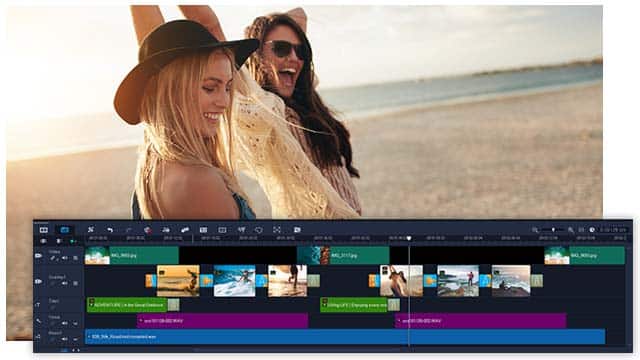 What is MXF file?

A Material Exchange Format (MXF) is a file container format that holds audio and visual information in accordance to Society of Motion Picture and Television Engineers (SMPTE) standards. Some of the metadata or information of a video and audio contained in MXF includes the frame size, frame rate, creation date, and custom data added when the file was being recorded.

Multiple camcorders like Sony, Canon, and Panasonic usually save files in the .mxf file extension. This file format was developed with an aim of streamlining video and audio exchange between platforms.

How to edit MXF file

How to make MXF files smaller

MXF files are usually large, and if you have limited storage space, you may want to reduce their size mainly by compression. Having small MXF files significantly helps decrease storage expenses. A small file also requires less time to share or transfer, which helps with the cost and increases productivity.

A professional video compressor software like VideoStudio helps you compress MXF to a smaller file size without interfering much with the sound or image quality.

When to convert MXF

MXF files are not popularly used, and thus you might encounter problems while trying to open them on your mobile or computer. Some media players installed on your devices are not compatible with MXF. If you encounter issues opening MXF, you might be required to convert them to other file formats such as AVI, MOV, or WMV using an MXF converter.

You might also want to convert your MXF if they occupy too much space on your storage device. With the help of a video converter, you can make MXF files smaller by converting them into another popular format.

The last main reason why you may convert your MXF is when uploading them to YouTube. YouTube does not support MXF, but you can convert your files to other formats such as .MPEG4, .AVI, WebM, DNxHR, and ProRes, which are compatible with YouTube.

VideoStudio is the video converter that can help you convert MXF files to a format that can be uploaded on YouTube. The software also allows you to change your MXF to multiple formats compatible with popular audio and video players. We can also help you convert a video to other formats, including avi to mov, avi to mp4, m4v to mov, mkv to avi, mkv to mov, mod to avi, mp4 to wmv and wmv to mp4.

MXF is encoded with multiple codecs not originally installed on most popular open-source media players, including VLC, Windows Media Player, and QuickTime. For instance, if you are looking forward to playing your MXF on VLC, you might be required to use a media converter to convert your video or audio to AVI files, which are compatible with VLC.

Installing MXF codec on your VLC, Windows Media Player, Quicktime, or other media player can also help you play MXF. If any of the above options do not work, you can install a third-party MXF player.

Use VideoStudio for all your MXF needs

A powerful video and audio editor is essential, especially when working on complex files like MXF. VideoStudio has been tailored to help you work on MXF with just a few clicks. Our software can help you perform multiple actions on your MXF, including converting, editing, and compressing.

VideoStudio is compatible with Windows 10, Windows 9, and Windows 8 and can also open a wide range of other file formats, including mkv, swf, 3gp, avi, m4v, webm, wmv, and mod. Download VideoStudio for free today and enjoy a 30-day free trial of creative effects, intuitive tools, and optimized performance.